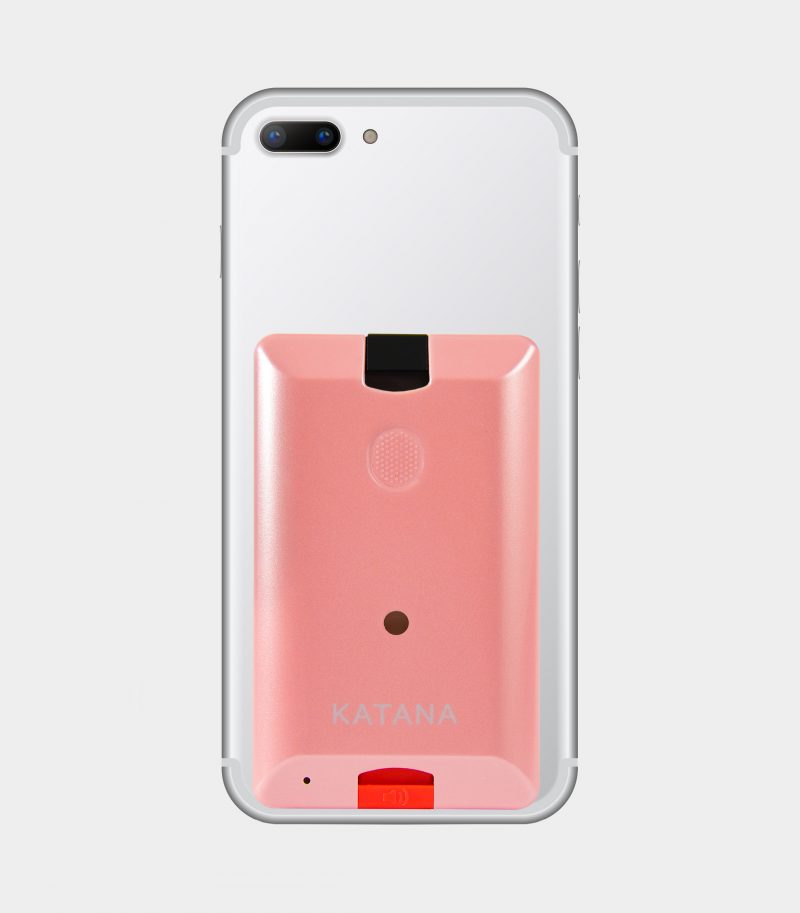 Mission-driven Company Founded to Prevent Assault and Other Vulnerable Situations

SAN FRANCISCO, Aug. 15, 2018 — Experts estimate that in the United States, up to 28 percent of college women will experience some form of sexual assault, with one American being sexually assaulted every 98 seconds. Launching today, Katana Safety is determined to change these numbers by making personal security available and affordable to anyone with a smartphone.

After learning these staggering statistics, Katana Safety co-founder and CEO Todd Baldree began researching the personal safety market to find what was missing. “A personal safety solution is only helpful if you have it with you when you need it,” says Baldree. “Anyone can find themselves in a vulnerable situation when they least expect it, so accessibility was paramount. We realized that the perfect safety solution was an alarm and relay device that attached directly to a user’s smartphone – the one thing almost everyone has with them at all times.” 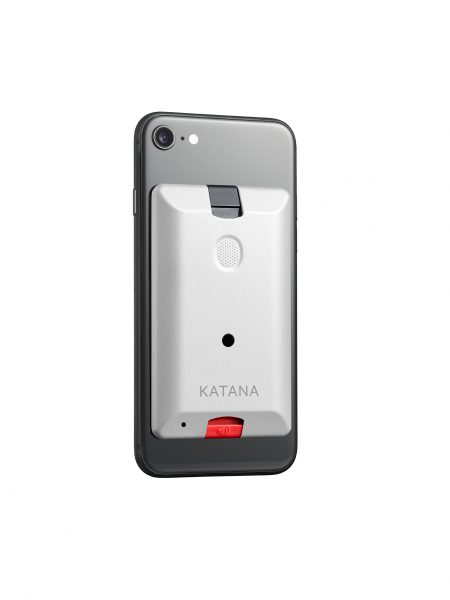 With this in mind, Baldree and co-founder Ben Holbrook developed the Katana Arc, the first of three layers of defense in the Katana Safety solution. The patent-pending, ultra-slim Arc is both an audible alarm and relay panic button in one device, designed to attach to any smartphone or case. The Arc features two types of alarms – a piercing, audible siren that can be activated with just the flick of a finger or by using a hidden wristband, and a discreet silent alert button for situations when a loud siren isn’t appropriate.

Both alarms bypass the user’s locked home screen to alert the second layer of defense, the Katana 24/7 Response Center, which grants access to trained support agents. Critical to the system, Katana’s technology can detect a user’s location once an alert is activated, allowing agents to contact the closest emergency services, as well as initiate Katana’s third layer of defense – texting and calling the user’s Katana Circle. A user’s Circle consists of up to seven pre-determined contacts who will receive location information. The Circle can also join a private conference call to coordinate next steps.

Based on the belief that personal safety is a human right, Katana is revolutionizing personal safety in a way that’s never been done. “We felt it was imperative that we create a solution that met the three basic criteria of ‘always, anywhere, anyone’ to fill the void with other solutions on the market,” said Holbrook. “The Katana Arc is always with you because it’s attached to your cell phone; it’s not considered a weapon so users can take it anywhere they go, such as classrooms, dorms, their workplace or even through airport security; and unlike pepper spray or a stun gun that can have age requirements to carry, anyone with a smartphone can use the Arc.”

The full Katana Safety offering is the only three-layered solution giving the user a layer of self-defense with the piercing audible alarm – studies show that the majority of crimes are averted once an alarm is sounded – as well as notifying both a 24/7 Response Center and a group of the user’s contacts. “We believe now is the time to stand up and outsmart assault together,” said Tracy Carson, Katana’s Director of Communication and Education. “As a clinical counselor, I’ve dedicated much of my career toward sexual assault prevention on college campuses. Unfortunately, the majority of the time I see clients after the assault has occurred. I’m excited that both women and men finally have a product to help when they find themselves in a compromised or unsafe situation before the assault occurs.”

Though the genesis for the company was to stop the epidemic of sexual assault on college campuses, the Katana Safety team believes their solution will help in countless other situations, as well. Whether it’s a college student, latchkey child, runner, shared-ride passenger, solo travelers or even a senior living alone, Katana has created a solution that offers peace of mind to everyone.

The Katana Arc is available for $99, subscription to the 24/7 Response Center is only $15 per month when paid monthly or $12 per month with an annual subscription, and the Katana App with your Circle of seven is free. To purchase and subscribe, visit www.katanasafety.com.

About Katana Safety Katana Safety is a mission-driven company dedicated to “Using The Tools of our Time to Prevent Sexual Assault and Other Vulnerable Situations”. The Katana Safety’s three-layer personal security solution – the Katana Arc, 24/7 Response Center and App – is the first personal security system that attaches directly to a smartphone. Though born out of preventing sexual assault on college campuses, the solution can be helpful to anyone that may find themselves alone such as latchkey children, college students, runners, seniors, air travelers or those with a medical concern. The company has offices in San Francisco, CA and Greenville, SC. For more information about Katana Safety visit www.katanasafety.com